If I had just one word of good advice ...

I made a video a few years ago and don't know whether anyone really "got it".  It was an animation of just one word: feel.


I'm going to explain why I think feeling is so important. If trauma is unexperienced experience (Ivor Browne), then what helps us to experience anything? Yes, our feelings. We can't experience without feeling, it's just not possible. So, if dissociation, or not feeling, maintains trauma, what can help us resolve trauma? Yes, feeling can. That's how important feeling is to all of us. Feeling our feelings sounds simple but it is not always easy to feel the difficult stuff, that's where techniques like EFT can really help and in the hands of a good practitioner, ALL emotions will be welcomed so you can (re)learn to fully feel again.


The fuel of life is feeling. If we are not filled up in childhood, we must fill ourselves as adults. Otherwise we will find ourselves running on empty ~ Jonice Webb
Posted by Noreen Barron at 3:50 PM No comments: Links to this post

Who is the healer?

There are many people who claim to be healers, the truth is we all are. We need only tap in to the power inherent in our bodies, minds and spirits and of course the abundance that the earth has to give us in the form of sunshine, good food, clean water and so on.

It is truly empowering to know that we play a huge role in our healing, though not the only role. That's why we need others, not because we can't go it alone but because most of us don't want to. The connection and love we give and receive nourishes us on a fundamental and essential level, babies can't survive or thrive without it and neither can adults. But that need for love does not make us powerless, it makes us vulnerable, but we often confuse the two. 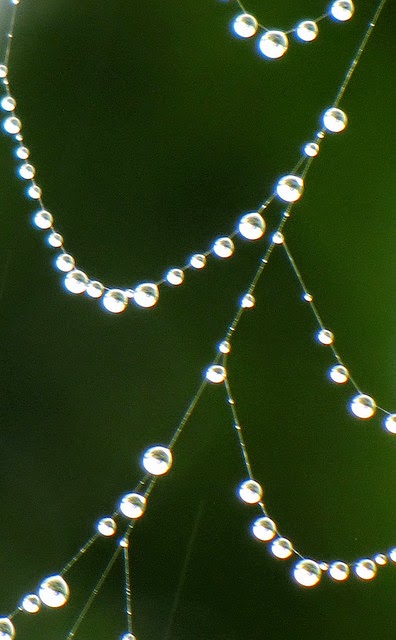 Posted by Noreen Barron at 4:24 PM 2 comments: Links to this post

Peter Levine, who wrote Waking the Tiger and In An Unspoken Voice, states that trauma lies in the nervous system, not the event. This is a crucially important distinction, which has major implications for how we define trauma. At its essence, trauma can only ever truly be defined subjectively, there really is no such thing as an “objective” stressor. What will traumatise one person might not traumatise another because there are so many different variables involved.

Defining trauma “objectively” like the PTSD criteria do in DSM-5, negates and minimises many sources and characteristics of trauma. For example, criterion A1 states that: The person was exposed to: death, threatened death, actual or threatened injury, or actual or threatened sexual violence, as follows: (One required)
• Direct exposure.
• Witnessing, in person.
• Indirectly, by learning that a close relative or close friend was exposed to trauma. If the event involved actual or threatened death, it must have been violent or accidental.
• Repeated or extreme indirect exposure to aversive details of the event(s), usually in the course of professional duties (e.g. first responders, collecting body parts; professionals repeatedly exposed to details of child abuse). This does not include indirect non-professional exposure through electronic media, television, movies, or pictures.

The fact that there is no specific mention of emotional trauma in A1, and the fact that criterion A2 was deleted from the fifth manual is very significant. A2 stated that “The person's response involved intense fear, helplessness, or horror”. What the DSM-5 has essentially done, is state that our emotions aren’t important to trauma. This flies in the face of a huge body of research showing just how important emotions are to mental health. In fact, when you think about it, it is a ludicrous notion and move on their part.

Are there horrific events? Yes, there most certainly are. However, the way we respond to an event is more important than the event itself in terms of defining what is traumatic. In other words, trauma is a subjective, not an objective experience, and depends on many factors such as our age, available resources, our relationship to any perpetrator, feelings of helplessness, being/feeling trapped, fear, horror or betrayal and the length of time it continues. We exclude a large population of traumatised people by officially defining trauma in the way we do.

From all of this we can deduce that reimprinting the event or memory is not necessary, as it is not the source of our trauma. Changing the way we feel about the event will automatically change how we view and perceive the event. Changing how we feel will also change any conclusions that we came to about ourselves, others and life as a result of any events.

The severity of traumatic events cannot be measured on any dimension; simplistic efforts to quantify trauma ultimately lead to meaningless comparisons of horror (...) the salient characteristic of the traumatic event is its power to inspire helplessness and terror ~ Judith Herman

The prevalence of birth trauma

Since I had a baby in 2012, I've become aware of just how prevalent birth trauma is. This is true the world over and it is certainly not any better in developed countries like Ireland and the US than it is in developing countries. In fact, you could say it's worse in developed countries because we should know better with the resources that we have available to us.

Many women are incorrectly diagnosed with postnatal depression when in fact they have been traumatised (with or without all the symptoms of PTSD). It's very important to realise that the only person who can definitively say you are traumatised is you. You are your own best advocate. Trauma is a very subjective thing and cannot be defined or diagnosed in a totally objective way. You know when you don't feel like yourself, you're not sleeping, you're often angry, fearful or in a rage and you're having all sorts of emotional and physical issues. No one person matches a diagnosis perfectly, and too many slip through the diagnostic net and don't get the help that they need. Having the label of being traumatised can be stigmatising, but the root of the word trauma means wound, and it is absolutely okay to say that you've been hurt and that you need help, you just need to find the right help for you.

I liken the way many obstetricians treat the emotional well being of women to someone like me completely negating the importance of their physical well being. For example, if a client comes to me and I put them in a chair with nails poking out and expect them to sit on it for an entire hour and say nothing, the room is freezing cold and they need to use the bathroom and there is none. They've also gotten wet because it has been raining and there is nowhere to hang up their coat and get dry and warm. Then I say to them, well you're here to deal with your emotional issues, so it doesn't really matter if you're extremely physically uncomfortable does it? Doesn't that sound ridiculous? Doesn't every good practitioner take into account of all their client's psychological and physical needs?

Many doctors (and obstetricians in particular) need to stop ignoring the huge body of psychological research that illustrates just how important our psychological and emotional health is and how it is greatly impacted by stress; any source of stress.

We need to stop blaming women for not “being stronger” not being able to “tune out the fear” not doing their hynobirthing correctly, not being positive enough, not being calm enough, not being anything enough. We are not islands, we all need support, and all the more so when we are vulnerable and pregnant and all pregnant women are vulnerable in some way. Many women would need a will of iron to not be affected by what has gone on during their pregnancies and births. And health care providers need to stop abdicating their responsibilities in these matters. They need to stop thinking along the lines of  “live mother, live baby”, if they even care about the mother that is, because that is the least of the outcomes that we all deserve as human beings. How we birth matters and how our babies are born matters, a lot.

Posted by Noreen Barron at 3:27 PM No comments: Links to this post