Would you like to dissolve traumatic stress around your pregnancy and birth? 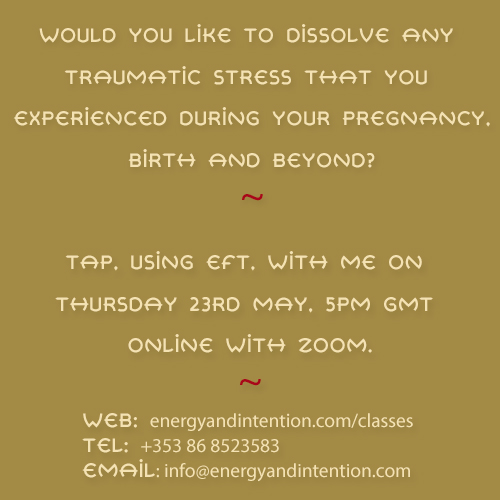 Please join me this Thursday, 23rd May at 5pm GMT (Dublin), to tap on clearing and dissolving any traumatic stress you experienced during pregnancy, birth and beyond. The class is online with zoom (free to download). I will be working with a volunteer and you can tap along and borrow benefits. The cost is €15 for a 90 minute class, you can book by emailing me to find out more or pay directly for the class here.
Posted by Noreen Barron at 7:42 PM No comments: Links to this post

Attunement creates the safety needed to soothe our nervous system. It’s what Robert Stolorow calls a “relational home”. Attuned relationships with other humans (and animals) create a home for our true selves where we can develop a real sense of belonging.

Our brains, bodies and minds are formed according to our relationships, they are that important. I read a recent blog post by Mark Brady entitled “Are safe relationships all that really matter?” and I’m inclined to say yes to that. If you study up on the polyvagal theory by Stephen Porges, you will see the crucial importance of our social engagement system. We don’t talk ourselves into this truth, our nervous system will do that for us. Our nervous system has evolved over millions of years and trying to override it gets us into all sorts of trouble.

Not having ‘relational homes’ sets up a real dilemma and catch 22 for those of us who haven’t had safe and nurturing relationships. We might try and convince ourselves that we can go it alone, though that rarely works out as we well know. Human connection is a valid need that there is absolutely no point in trying to bypass.

The good news is, our brain is plastic, we can get what’s called “earned secure attachment”, a phrase I’m not crazy about. What it essentially means is that we can learn to feel safe and good inside and have the relationships with others that help us thrive. It takes a lot of hard work, there’s no point in pretending otherwise, but it absolutely is attainable.

Posted by Noreen Barron at 12:42 PM No comments: Links to this post

Tapping on the obvious

I’ve noticed that we don’t seem to tap on the obvious. We say the same things, have the same recurring dreams, see the same patterns repeating when we’re stressed, yet often we don’t tap on these things.

The most obvious things are hiding in plain sight, but because we’re so close to them, we often don’t see them as important to tap on. Or we discount them as too ordinary to tap on, after all, we’re looking for the pot of gold at the end of the rainbow aren’t we? 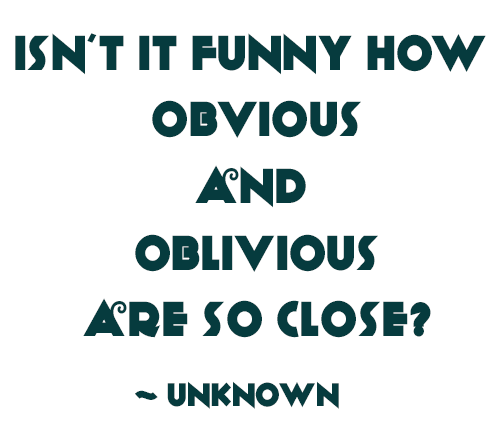 The holy grail or the root cause that will finally be the big breakthrough that we’ve been looking and pining for and maybe even believing that there’s something wrong with us because we haven’t had it yet.

But I think that most of us, have the smaller, less conspicuous breakthroughs that are incremental  and that we often don’t notice. When you see someone every day, you don’t notice the changes in them that someone who hasn’t seen them in a year will see and it’s the same with progress. We often don’t see or give ourselves credit for the things we’re doing differently, the stress we’ve dissolved, the internal conflicts that we’ve uncovered and the way we’ve grown.

I think we often want a short cut through our pain or an easier journey and that’s more than ok. None of us want to suffer. The truth is where we should all start and when you tap on the truth, mountains move.
Posted by Noreen Barron at 5:33 PM No comments: Links to this post